If you just had the exterminators come in to remove an infestation, you might think that the work is done. Unfortunately, that's not necessarily the case. The bugs may be dead, but there's still some work to be done, especially where cleaning is concerned. You might not realize this, but you should always give your home a deep cleaning once the exterminators leave. Part of the cleaning process should include the carpets. If you haven't arranged to have your carpets cleaned, read the list provided below. Here are just four of the reasons to hire carpet cleaners once the exterminators leave.

Now that the pests have been exterminated, it's time to think about the residue. You might not know this, but pesticide treatments can leave a chemical residue on all the surfaces in your home, including the carpets. When you walk on your carpets, you can track the chemical residue throughout the house. Not only that, but if you sit on the carpets, you can get residue on your skin. To remove the residue, you should have your carpets cleaned as soon as possible.

If your home smells like pesticide after the exterminators leave, now's the time to have your carpets cleaned. Opening the windows to get some ventilation will remove some of the odors. However, you'll still have some lingering odors to deal with, which is why you need to have your carpets professionally cleaned. The professional cleaning service will remove the odors, even the odors that are trapped in the fibers and padding.

If you want to keep the pests away, one of the best things you can do is have your carpets cleaned. Bugs are often attracted to odors in your home, including food odors. If you have crumbs trapped in your carpet fibers, the pests might continue to return, even with pesticide treatments. Professional carpet cleaning will remove the crumbs and food odors that are inviting the pests into your home.

Helping You Repair Your Floors

Helping You Repair Your Floors 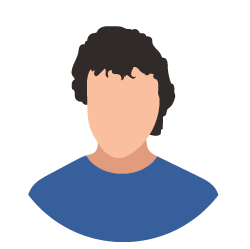 Your floors are what you walk over every day in your home. It is important that your floors are safe for you to walk on so that you don't get injured when you are walking around your home. You want floors that are comfortable and safe. When an issue arises with your floors, you want to know how to fix it or who can help you fix it. We have you covered! Repair Your Floors is all about providing you with the advice and information you need to successfully repair your floors when they are damaged. We understand the importance of having safe floors.

Water is vital in people's lives because you canno …

Read More
Is There Mold Growing In Your Home? 4 Signs That You May Be In Need Of Mold Removal
23 June 2022

While mold growing on a loaf of bread in your kitc …

As an iPhone owner, you may enjoy communicating wi …

There are few things homeowners dread as much as a …

When a community experiences a major flood, there …